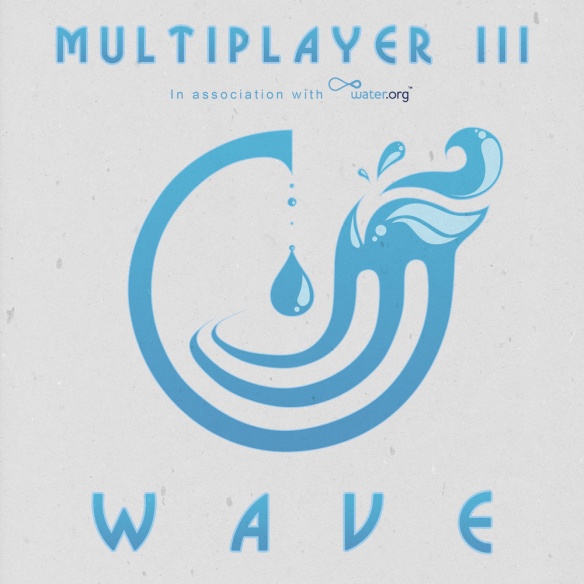 Over the summer, I had the opportunity to contribute a game music arrangement to an album created by the Multiplayer Charity. This group comprises of musicians, mixers, composers, and arrangers who come together every year to produce a charity album. This year’s album Multiplayer III: Waves was created to raise money for Water.org.

Since this year’s chosen charity is an organization dedicated to providing clean water, all of the game tracks being covered in this album are water themed. The source material for the project comes from a variety of games including Chrono Trigger, Banjo Kazzoie, Sonic Adventure, and Assassin’s Creed. Like many of the other Multiplayer Charity and Materia Collective albums, the music genres represented are quite eclectic. These genres include ambient synth remixes, energetic rock and metal covers, and relaxing acoustic arrangements.

The piece that I selected to arrange for the album was the track “Submerged” from the game Earthworm Jim. The track, originally composed by Tommy Tallarico, serves as the background music for the game’s underwater levels “Down The Tubes” and “Tube Race.” Earthworm Jim was a game that I really enjoyed playing back in the Genesis and Super Nintendo era, so this was a fun opportunity to revisit that game’s soundtrack.

The original “Submerged” track has a natural upbeat bass groove throughout its run, so arranging it as a rock track seemed like a natural fit. The original version also reminded me of the scores from spy movies like Mission Impossible, so I ended up featuring the flute quite a bit for this arrangement.

A lot of great game music is represented on the Multiplayer III: Waves album, so definitely check it out if you’re a fan of the genre. There are some incredibly talented musicians featured on this album, and it was an honor to be able to contribute to the album and raise money for a good cause. All of the profits from Multiplayer III: Waves goes to the Water.org charity. You can get check out the the entire album on Bandcamp, iTunes, and Spotify.